When you’re looking for superior fuel economy, it doesn’t get much better than a hybrid, and the 2014 Ford C-Max Hybrid in Kansas City, MO is one of the most efficient vehicles in the hybrid class.

Arguably the more beneficial of the two is the Ford C-Max Hybrid, which doesn’t need to be plugged in to achieve its impressive ratings. Instead, the hybrid employs systems which help to increase performance and minimize fuel consumption. That includes a regenerative braking system which collects energy that is typically lost during braking and coasting, and sends it to the battery. The engine is mated to an electronically-controlled continuously variable transmission which eliminates the use of gears, helping to reduce friction and increase efficiency. The systems all work together to make the 2014 Ford C-Max Hybrid one of the most efficient hybrids in Kansas City, MO. 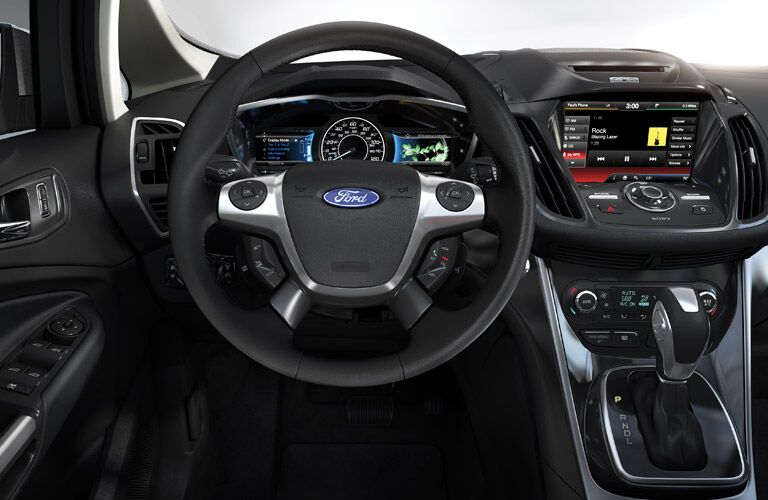 Performance of the 2014 Ford C-Max Hybrid

Despite the fact that the 2014 Ford C-Max Hybrid is capable of impressive fuel economy ratings, it’s also able to provide a level of performance unlike any other hybrid on the market as it offers a number of systems which help to maximize the powertrain capabilities.

The hybrid is powered by the combination of a 2.0-liter four-cylinder hybrid engine which works in tandem with an electric motor. While the four-cylinder runs on gas, the electric motor draws its power from an efficient, maintenance-free 1.4kWh lithium ion battery. The combination of the engine and the motor allow the C-Max Hybrid to produce an output of 141 horsepower and 129 lb-ft of torque. Many of the hybrids on the market struggle to break the 100 horsepower barrier, but the 2014 Ford C-Max Hybrid does it with ease. To further assist in achieving maximum performance, the C-Max Hybrid is equipped with a next-generation SmartGauge with EcoGuide which helps teach you to drive more efficiently by providing you with visuals on your instrument panel which let you know when you’re driving at maximum efficiency.

In addition to superior fuel economy ratings and performance, the 2014 Ford C-Max Hybrid is extremely spacious. When the rear seatback of the hatchback is collapsed the hybrid opens up to allow over 50 cubic feet of storage space, allowing it to accommodate all of your luggage when necessary. Also, when filled to the five-passenger capacity, you can rest assured that everyone will sit comfortably as the C-Max Hybrid has a passenger volume of 100 cubic feet. There aren’t many hybrids as big as the C-Max Hybrid that are capable of delivering similar fuel efficiency, making the hybrid one of the best in its class.

We currently have the 2014 Ford C-Max Hybrid in Kansas City, MO, and if you’re interested in finding out more about all that the efficient and performance-friendly has to offer, we highly suggest that you schedule a test drive. It’s the best way of discovering all that the Ford C-Max Hybrid is capable of. It’s time that you discover the difference that only a hybrid can provide. Simply fill out the form on this page and one of the experts at Matt Ford will be in touch with you shortly. 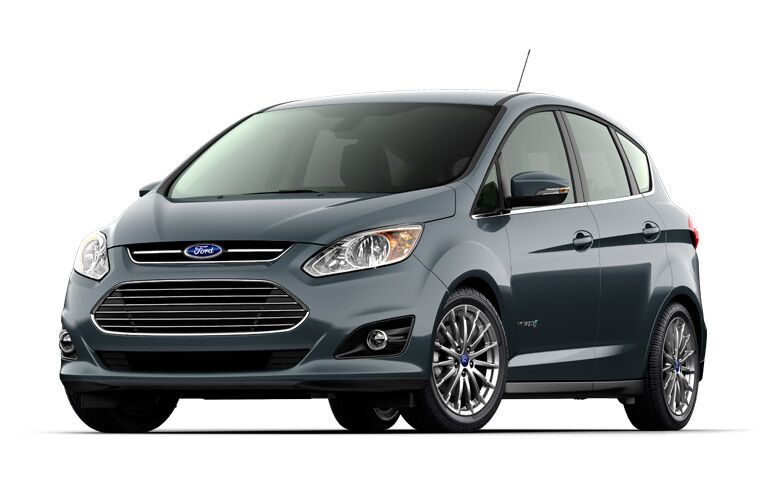