As the largest SUV in the Ford lineup, the Ford Expedition is a great vehicle for growing families in the Kansas City area. Capable of taking on up to eight passengers, the Expedition is both spacious and versatile. If you can no longer squeeze your family into a smaller SUV and are looking for something a bit more stylish and appealing that a minivan, we suggest you check out the 2014 Ford Expedition in Kansas City MO.

Perhaps the most appealing feature of the 2014 Ford Expedition is that it comes equipped with a number of systems and features which help to maximize storage potential and make the cargo area easier to access. That includes a PowerFold third-row seat, which folds flat at the touch of a button to open the cargo area up to 55 cubic feet of space. If you opt for the higher-end EL trim of the Expedition, there is 85.5 cubic feet of space behind the second row of seats, which is just a fraction of the total 130 cubic-foot cargo volume that the 2014 Ford Expedition EL is capable of.

As we said, new convenient features help to make that cargo area extremely easy to access. That includes a power liftgate, which can be both opened or closed with the button in the cabin, or with the button on the key fob. When you don’t need to the entire liftgate to be raised, just the glass can be lifted for quicker access into the cargo area. With so many standard features for just storage, the Ford Expedition is undoubtedly one of the most versatile SUVs on the market. 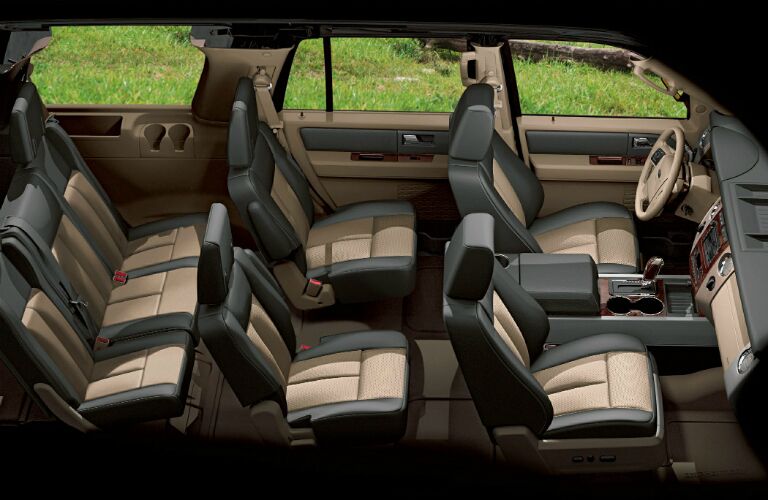 Performance of the 2014 Ford Expedition

The 2014 Ford Expedition is available in six different models, each of which offers a number of different features and capabilities. There are a few things that each of the models have in common, however. For one, attractive, athletic styling that has become synonymous with the Expedition over the years can be found on each of the six models. All six of the models also offer the same powerful and efficient engine.

Under the hood, the drivetrain of the 2014 Expedition consists of a 5.4-liter Flex Fuel V8 engine which comes mated to a six-speed automatic overdrive transmission. The engine pumps out 310 horsepower and 365 lb-ft of torque, all of which is sent to the rear wheels. The Expedition is also available with front-wheel drive for those who prefer the increased traction. In the base model of the Expedition, the engine provides the SUV with a highway fuel economy of 20 mpg. As you would assume, the larger EL trim isn’t as efficient, but as it’s capable of traveling up to 18 mpg on the highway, it’s not far behind the base Expedition.

Get the 2014 Ford Expedition in Kansas City MO

You’re sure to appreciate that the superior capabilities of the Ford Expedition don’t end there. The SUV is also equipped with an extreme level of safety that helps to ensure passengers are protected at all times—even those back in the third row seat. The Expedition is loaded with a number of advanced-filling airbags which includes a side-curtain airbag which stretches the entire length of the cabin. When you’re behind the wheel of the 2014 Ford Expedition, you can rest assured that you and your most precious cargo is safe.

To find out more about owning the 2014 Ford Expedition in Kansas City MO, be sure to get in touch with us here at Matt Ford. With great financing options available, we can help ensure that nothing stands in your way of getting behind the wheel of the spacious, versatile and powerful SUV. If you come across any questions at all, don’t hesitate to reach out. We’re more than happy to help in any way that we can. 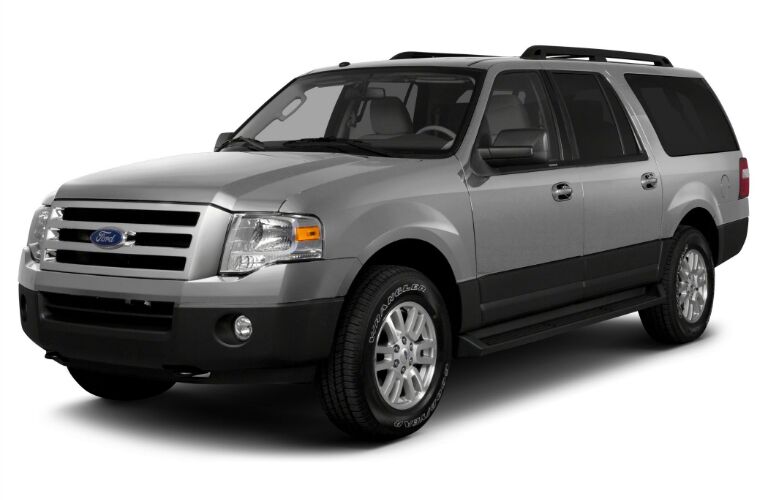