The majority of seven-passenger SUVs on the market often have two downsides. For one, their large size forbids them from achieving adequate fuel economy ratings. The larger SUVs typically also come with extremely high prices tags. The Ford Flex, however, is not like the majority of large SUVs. Capable of superior fuel economy at a price that’s extremely reasonable, the 2014 Ford Flex in Kansas City MO is one of the most attractive full-size SUVs on the market.

In addition to efficiency and affordability, the 2014 Ford Flex comes standard with an unsurpassed level of performance that can only be found in a Ford. The Flex, which is available in three different models, comes with the choice of two engines, each of which is capable of delivering a range of capabilities. If you’re seeking unmatched fuel economy, the 3.5-liter V-6 is the engine for you. The 287-horsepower engine is capable of achieving up to 25 mpg on the highway, which is extremely impressive for an SUV of its size.

If your interests lie more in power, however, you’ll find that the 3.5-liter EcoBoost V6 engine which comes standard in the higher-end trim of the Ford Flex is the engine for you. When firing on all cylinders, the EcoBoost engine produces an output of 365 horsepower and 350 lb-ft of torque, all of which is strategically distributed to each of the four wheels through the standard all-wheel drive system. Even with the more powerful engine, the Flex is able to get 23 mpg on the highway, making the EcoBoost engine an extremely practical option. 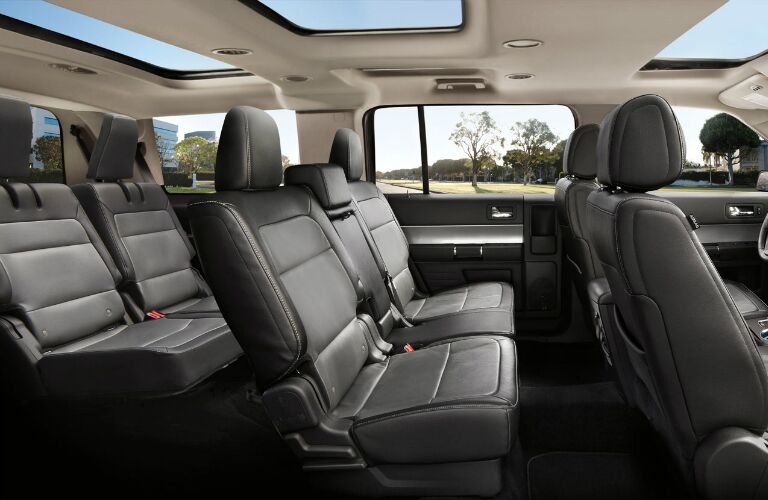 Interior Versatility of the 2014 Ford Flex

The performance of the 2014 Ford Flex is not the only versatile aspect of the SUV. As a seven passenger vehicle, the Flex is extremely spacious, and come equipped with a number of features which help the Flex to live up to its name. The 155.8 cubic-foot passenger capacity can quickly be converted to accommodate cargo, but the interior is flexible and able to provide a mix of both seating and storage.

The second and third row seats of the 2014 Ford Flex can be folded down to provide more storage. As we said, the seats can be adjusted for seating and storing, which is made possible by the split-folding seatbacks. The real benefits of the Ford Flex’s storage capacity come when the seats are completely collapsed. With both of the seatbacks folded down completely, the Ford Flex is able to take on just over 80 cubic feet of cargo, which allows you to fit just about anything in the back. Even when the seatbacks are configured to maximize seating, the Flex offers 20 cubic feet of space behind the third row seat, which is plenty of room to fit the luggage of all of your passengers.

One of the things that separates the Ford Flex from other SUVs on the market is safety. The SUV is equipped with a number of airbags that stretch the entire length of the cabin to ensure that your most precious cargo is protected at all times. The 2014 Ford Flex is also loaded with a number of safety features that help those airbags from ever having to be deployed. That includes an adaptive cruise control and forward collision warning system that helps to prevent the highly-common front-end collision.

If you’re interested in test driving the 2014 Ford Flex in Kansas City MO, we suggest that you get in touch with us here at Matt Ford. While we don’t currently have the Ford Flex available in our inventory, if you’re looking to get behind the wheel of the efficient, spacious and affordable SUV, we can definitely get one in stock for you. Be sure to get a hold of us if you have any questions at all. 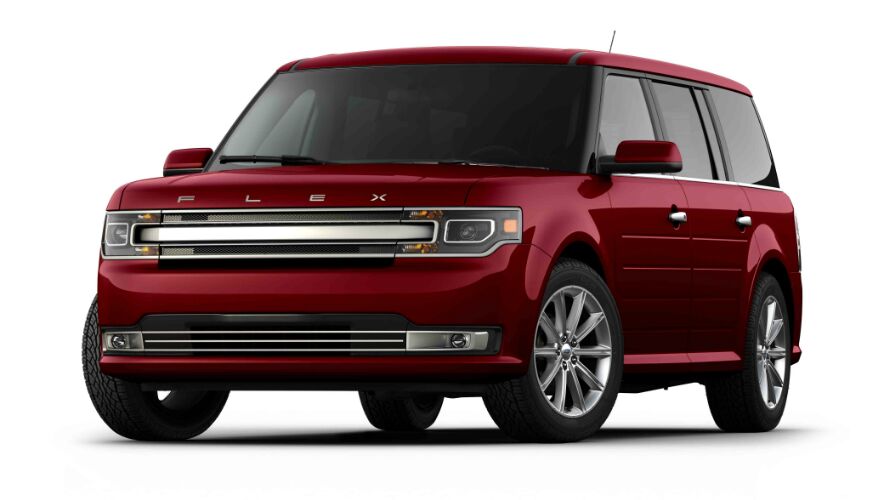