When it comes to the vehicles in the compact car segment, none have been able to achieve success quite like the Ford Focus, which is one of the most efficient and versatile vehicles currently in the Ford lineup. With seven different models available, the 2014 Ford Focus in Kansas City, MO is able to cater to a wide variety of lifestyles.

Under the hood, the 2014 Ford Focus offers two engines. Both provide power and efficiency, but if fuel efficiency is one of your top priorities, you’ll likely find that the 2.0-liter four-cylinder which comes standard in the Focus is the more appealing option. The 160-horsepower engine is capable of traveling up to 27 mpg in the city and 37 mpg on the highway by itself, but if you opt for the Super Fuel Efficiency package, the engine is able to provide an EPA-estimated 40 mpg on the highway, making the Focus one of the most efficient vehicles in its class.

Much like other models in the Ford lineup, the Focus also makes an EcoBoost engine available. The engine also displaces 2.0 liters, but it comes turbocharged to provide an increase in power. When equipped with the turbo-four, the Focus is capable of producing an output of 252 horsepower and 270 lb-ft of torque. Even with the added power, the EcoBoost engine is capable of delivering some impressive fuel economy ratings. The four-cylinder provides the Focus with ratings of 23 mpg in the city and 40 mpg on the highway. 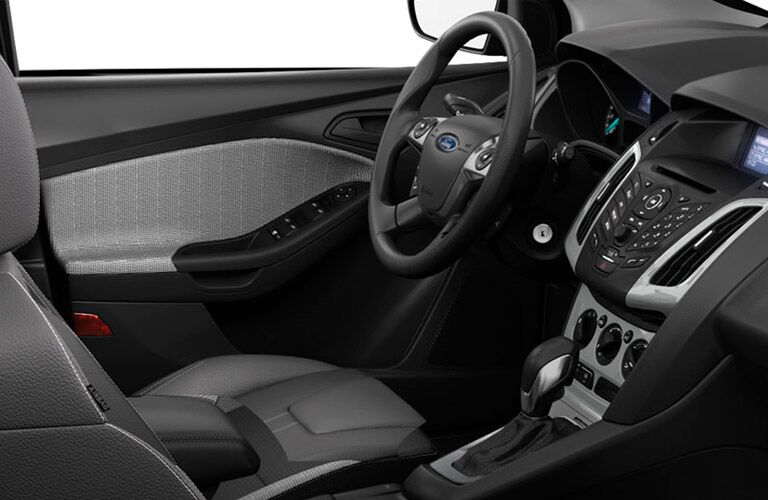 Interior Capabilities of the 2014 Ford Focus

The 2014 Ford Focus is classified as a compact car, but when you take a closer look at the interior capabilities and capacities, it’s easy to see that the Focus is anything but compact. It features passenger and cargo capacities similar to some of the larger vehicles available on the market.

Among the seven models are a sedan and a hatchback. Both of the models offer the same power and efficiency, but if you’re looking for extreme versatility, you are sure to find that the hatchback is the more appealing model. The hatchback models have split-folding rear seatbacks which collapse to provide the Focus with unmatched storage space. When the seatback is collapsed, the hatchback model of the Focus provides nearly 45 cubic feet of cargo space. Even when the seatback is upright, the Focus provides just under 24 cubic feet of cargo space behind the second-row of seats.

Regardless of model, the Focus offers a passenger volume of 90.7 cubic feet, which is quite spacious for a compact car. Even when at the five-passenger capacity, there is space for everyone to sit comfortably. It’s one of the many things that make the interior of the 2014 Ford Focus one of the most appealing in the compact car segment.

In addition to superior efficiency and a spacious cabin, the 2014 Ford Focus offers a slew of standard safety features, as safety is never considered a luxury in Ford vehicles. The compact car offers an impressive amount of airbags which fill the entire cabin upon inflation to ensure that all five passengers are protected in the event of an accident. The Focus also employs systems to keep those airbags from ever needing to be deployed. That includes traction and stability control and an anti-lock braking system. The safety systems in the Ford Focus helped it to be named as a 2014 Top Safety Pick by the Insurance Institute for Highway Safety.

We currently have the 2014 Ford Focus in Kansas City, MO, and if you’re interested in finding out more about all that it has to offer, we highly suggest that you schedule a test drive. It’s the best way to get the first-hand experience of the superior features and capabilities of the compact car. For more information, or to schedule a test drive, be sure to fill out the form on this page. After completing the form, one of the experts at Matt Ford will be in touch with you. 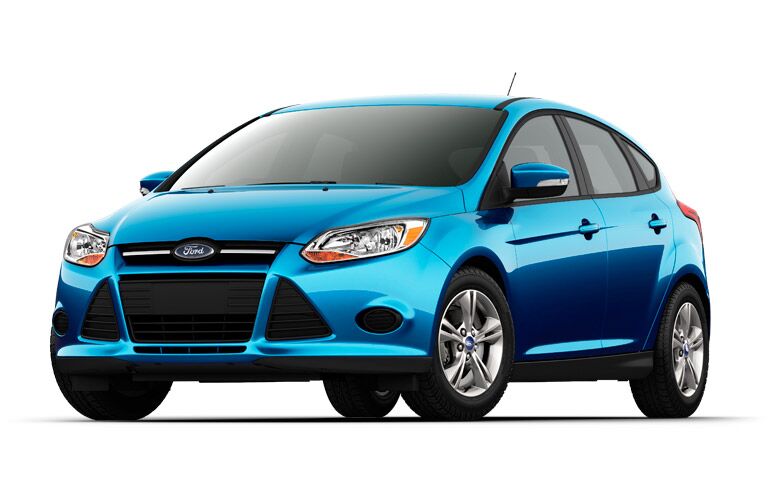