While a number of Ford models have been completely redesigned for the 2015 model year, none will come equipped with as much technology as the all-new Edge, which is set to arrive next spring. While the release date is still a ways away, the automaker has released a great deal of information on the crossover, and while it may not be enough to tide you over until the day that we receive the 2015 Ford Edge in Kansas City MO, it’s enough to give us a pretty good idea of what the SUV will be capable of.

As with many of the upcoming redesigned Ford models set to arrive before the close of the year, the Ford Edge will offer a few new engine options, all of which will allow the crossover to strike an appealing balance between performance and efficiency. That’s especially true for the SE and SEL trims, both of which will come standard with a 245-horsepower 2.0-liter EcoBoost four-cylinder complete with auto start and stop technology that will help to boost efficiency. The lower-end trims will also offer a 3.5-liter V6 beneath the hood, which will pump out 265 horsepower when firing on all cylinders.

Out of all the engine options of the 2015 Ford Edge, there are none quite like the EcoBoost engine that will be exclusive to the Sport trim of the SUV. The 2.7-liter six-cylinder will be turbocharged, allowing it to produce a commanding output of more than 300 horsepower according to the automaker. Regardless of trim, all engines of the Edge will come mated to a six-speed automatic transmission that will deliver a more involved driving experience, as the gearbox can be controlled by steering wheel-mounted paddle shifters. 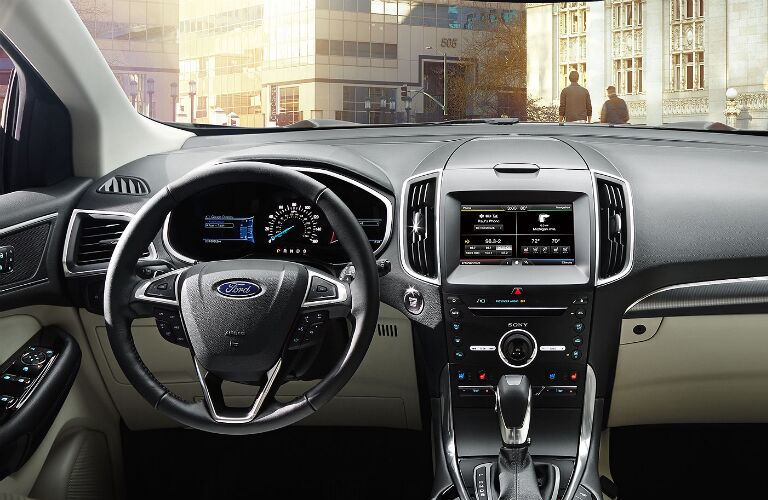 New Technology in the 2015 Ford Edge

When the Ford Edge Concept was released last year, it gave us an idea of what the production model would look like, but it also hinted to some of the new technologies that would be equipped in the SUV. Not surprisingly, Ford has taken many of the technologies from the conceptual design and tweaked to them to perfection for production.

There will be 20 new technologies implemented in the 2015 Ford Edge, many of which are making their Ford debuts. That includes a cutting-edge parking assist feature which will be quite unlike any parking assist system currently on the market. Many systems engineered by other automakers can parallel park a car, but only the 2015 Ford Edge will be able to automatically park a car in a perpendicular spot. The icing on the cake is that the driver doesn’t even have to be in the vehicle for the system to work. The automatic parking can take place with the touch of a button, making the all-new Ford Edge extremely convenient. The crossover will also come with a sportier steering system and a 180-front camera.

As the Ford Edge has been redesigned for the 2015 model year, it comes with a number of enhancements both inside and out. The size has been increased to provide more space for passengers and cargo, but it remains a five-passenger SUV. On the outside, the overall shape of the crossover is sleeker and more athletic. The front is outfitted with a new grille that serves as an homage to past models, and it takes on a set of new headlights and LED tail lamps. Active grille shutters have also been included to provide a slight boost in fuel economy.

As we said, the 2015 Ford Edge release date won’t arrive until spring of next year, so it will still be some time before we receive the 2015 Ford Edge in Kansas City MO. Official fuel economy ratings for the Edge haven’t been announced yet, but we expect that information to arrive as we move closer to the release date so be sure to check back here on the Matt Ford website for that information in the near future. 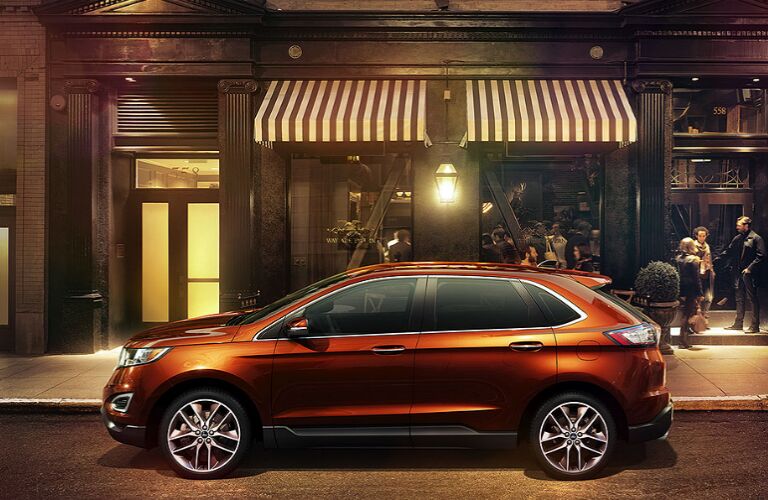 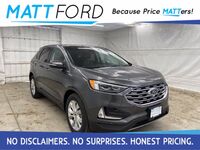 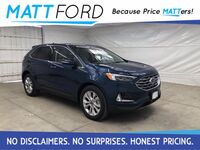 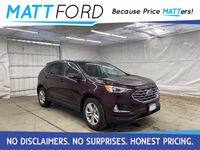