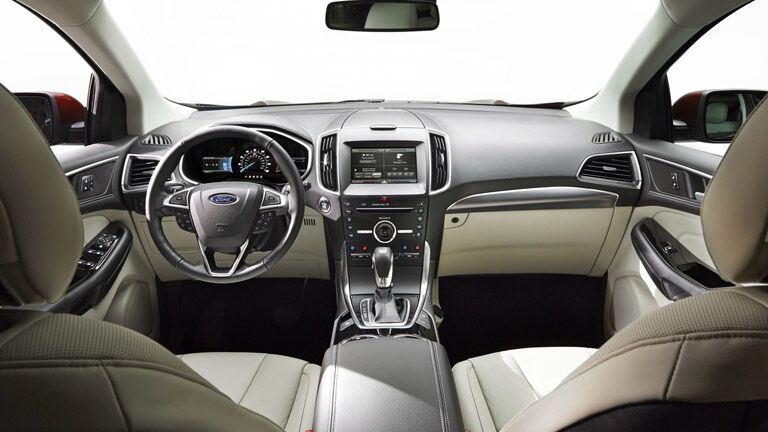 The Chevy Traverse hit the market in 2008, and although nearly six years have passed, the mid-size SUV has yet to be redesigned. The Ford Edge, on the other hand, was just revamped for the 2015 model year. Rather than receiving a minor facelift, the popular crossover SUV was completely redesigned, and although the all-new Edge won’t be released until spring of 2015, many of the details about the specs and features of the SUV have been announced. There are still some details that have yet to be announced such as the official dimensions and fuel economy ratings, but even with the information that has been unveiled, it’s quite clear to see that when it comes to the 2015 Ford Edge vs 2015 Chevy Traverse, the Edge holds, well, the edge over the the Traverse in terms of both power and technology.

Beneath the hood, the 2015 Ford Edge will offer three different powertrain options, allowing it to cater to a wider variety of driver preferences. Among the engines are a 2.0-liter EcoBoost four-cylinder, a 3.5-liter V6 and a 2.7-liter V6 which will come turbocharged to allow the SUV to pump out more than 300 horsepower. All of the engines will come mated to a six-speed automatic gearbox that more involved drivers will have the option to control manually through the steering wheel-mounted paddle shifters. The majority of the engines come with EcoBoost technology, but will also make auto stop-start available to help increase efficiency. The 2015 Chevy Traverse on the other hand, only has a single engine that is not able to compete with the 2.7-liter V6 of the Edge. Although the V6 of the Traverse displaces nearly a full liter more than the V6 of the Edge, it falls short in the power department. The larger size is also expected to give the Traverse a disadvantage when it comes time for fuel economy ratings to be released. We fully expect the Edge to return ratings higher than the maximum 24 mpg highway rating of the Chevy Traverse.

Technology in the 2015 Ford Edge

Another one of the reasons the 2015 Ford Edge is expected to dominate the Chevy Traverse has to deal with technology. Ford is implementing 20 new features and technologies in the redesigned Edge, many of which are making their Ford debut. The active parking assist, which allows drivers to park their SUV with the touch of a button, has been upgraded for the 2015 model and will now make it possible for parallel and perpendicular parking spots. It will also have adaptive steering which will give the Edge more of a sporty driving experience that also makes turning and changing lanes smoother than ever before. Neither of those features are found in the Chevy Traverse, or any of the other SUVs in the class for that matter. The 2015 Ford Edge just goes to show that Ford is willing to push the bar on innovation year after year.

It can be argued that the Traverse has an advantage over the Edge with it’s three extra seats, but when you consider the fact that the dimensions in the third row of the Traverse are drastically lower than they are in the first and second rows, it’s hard to believe that eight passengers could fit comfortably. The five seats of the Edge are more than adequate, and as it doesn’t have the third-row seat taking up space, it’s likely that the storage hold of the Edge will be able to swallow a higher volume of cargo.

To learn more about the 2015 Ford Edge, be sure to check out the rest of our website where you can find more in-depth information on the new features and technologies, as well as the specs and features of the upcoming SUV. We will also be sure to give you a closer look at the 2015 Ford Edge vs 2015 Chevy Traverse as soon as more information on the Edge is made available. Either way, it’s quite clear to see that even with a limited amount of details, the redesigned Edge will be second to none. 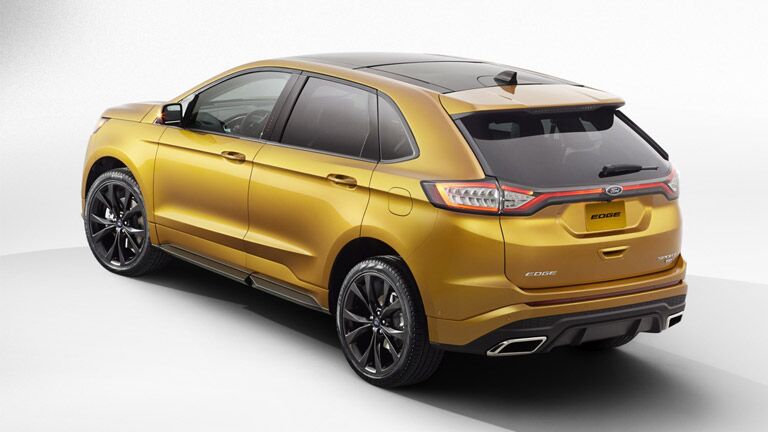