Most seven passenger SUVs on the market come standard with a significant amount of features that come standard rather than optional, which causes their price tags to be out of budget for a great deal of residents in the Kansas City area. Thankfully the Ford Flex is not most seven passenger SUVs. With a closer look at the 2015 Ford Flex in Kansas City MO, it’s clear to see that while its features are not quite as extensive as some of the other vehicles on the market, the ones that it does have are more than enough to satisfy those who can do without all of the bells and whistles, and it has no troubles living up to its name.

To say that the 2015 Ford Flex is flexible would be an understatement. Sure it provides space for as many as seven passengers, but that’s just the beginning. It also provides best-in-class legroom for passengers in both the second and third rows which allows everyone to stretch out, but the SUV also offers quite a bit of room for cargo. Both of the back two rows can be collapsed, but unlike some of the other seven-seater SUVs on the market, the seats fold flat, allowing you to get the most out of the interior cargo space.

When the back seat is fully folded, the Ford Flex is able to swallow as much as 43.2 cubic feet of cargo. If that isn’t enough to accommodate everything that you need, you will find that the flat-folding second row seat is especially helpful. When it is collapsed, the back of the Flex opens up to a spacious 83.2 cubic feet, which makes it large enough for just about anything that you can imagine. If the seats are all occupied, you can still get plenty of space behind the third row and throughout the small, yet convenient storage pockets located around the vehicle. There are a slew of map pockets, a center console and a lockable glove box. 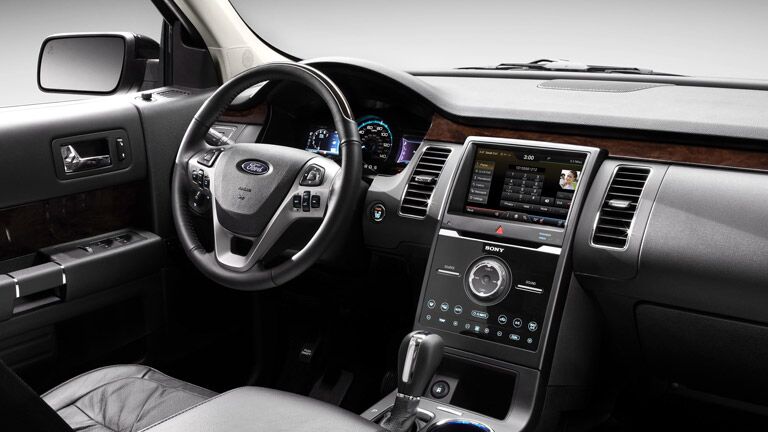 Performance of the 2015 Ford Flex

There are two engines made available beneath the hood of the 2015 Ford Flex, and while both are able to give the SUV more than enough power to move swiftly down the road, they are both able to deliver a different skillset. Seeing as you have the option, finding a Flex to fit your needs has never been easier. Both of the engines displace 3.5 liters across six cylinders, but as one of them employs the revolutionary EcoBoost technology, one focuses on fuel efficiency while the other is more concerned with power.

If you are looking to save at the pumps, the first 3.5-liter V6 is the one for you. It is able to deliver 287 horsepower and can travel 18 mpg in the city and 25 mpg on the highway when power is sent to the two front wheels, but if you are fine with a slight cut to efficiency, you can opt for the four-wheel drive model. If you are after power, you can find it in the 2015 Ford Flex with the 3.5-liter EcoBoost V6. When firing on all six cylinders, the engine is able to achieve an output of 365 horsepower and 350 lb-ft of torque.

Get the Ford Flex in Kansas City MO

We mentioned that many of the features of the Flex are made available rather than standard, but when it comes to safety, you don’t have to be concerned. As with many of the other Ford vehicles on the market safety is never considered a luxury. The Flex comes stocked with a slew of cabin-filing airbags that are able to keep all seven passengers protected in the event of an accident, but there are also a few optional systems that help to keep those airbags from ever having to deploy. That includes adaptive cruise control and a forward collision warning system. Rest assured that you are protected behind the wheel of the Flex.

If you are interested in learning more about the capabilities of the 2015 Ford Flex, or would like to take the spacious and versatile SUV for a test drive, we encourage you to get in touch with us here at Matt Ford. We would be more than happy to introduce you to the new model and show you how all of its features work. To get started, simply fill out the form that we have provided above or stop by our showroom. We don’t really mind how you decide to get in touch with us, we simply hope that you do. 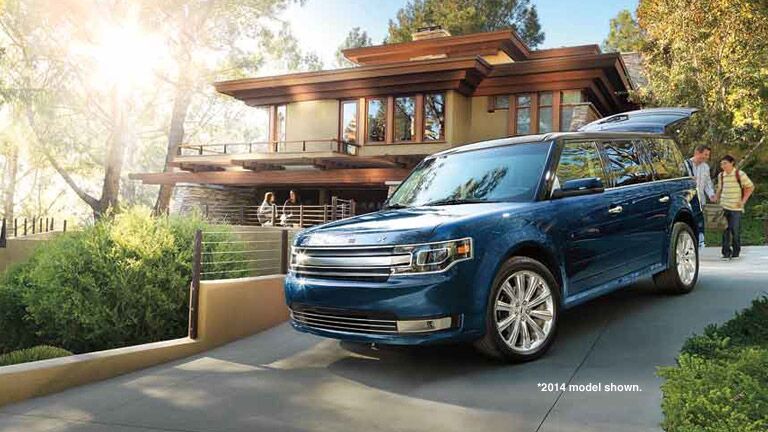