UPDATE:The all-new Mustang has arrived. We now have the 2015 Ford Mustang in Kansas City MO. Check out our new car inventory and schedule a test drive today.

We won’t be getting the 2015 Ford Mustang in Kansas City, MO until later this year, but we have just about all that you need to know about the redesigned Mustang to get you prepared for the day that it arrives in our showroom.

As you’re probably aware, the Mustang has been completely overhauled for the 2015 model year, but its iconic look is still completely intact. One glance at the redesign and it’s clear that it’s a Mustang. The pony car has been beefed up on the outside to give it more of an athletic look, but some of the most significant changes can be found under the hood.

Much like past models, the 2015 Mustang will be available with booth a 3.7-liter V6 and a 5.0-liter V8 which will give the vehicle the unmatched power that has become synonymous with Mustangs, but new to the 2015 model is the introduction of the infamous Ford EcoBoost technology. The 2015 Mustang will be available with a 2.3-liter four-cylinder EcoBoost engine. It will be the first time that a four-cylinder is found in the nose of a Mustang. As you can imagine, the four-cylinder will be turbocharged which will likely help it to achieve an output similar to that of the V6.

Official output numbers have not been released for any of the three engines, but as this is a Mustang we’re talking about here, we have to imagine that they will be just as impressive, if not more impressive, than numbers in the past. We will have more information on the official specs as they are made available.

Interior of the 2015 Ford Mustang 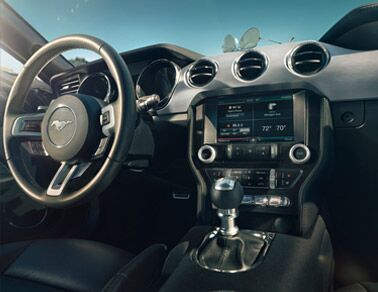 There hasn’t been much information released about what will be included in the interior of the 2015 Ford Mustang, but we do have a decent idea of what will make up the cabin. The Mustang focuses on performance and a superior driving experience, so as you can imagine, the cockpit of the redesigned pony car is the focus of the interior. That includes an optimally-placed steering wheel and shifter that puts you in control of the unmatched, standard power found in every Mustang.

The convertible will also be making a return for the 2015 model, and the top has been significantly sped up and upgraded. The top can now open and close in half the time of the current model, and the canvas top still follows the sleek curves of the redesigned hard-top model, helping the convertible Mustang to keep that iconic shape. However, whether the top is up or down, it’s instantly apparent that it’s a Mustang as the new athletic exterior screams Mustang both with and without the top up.

Get the 2015 Ford Mustang in Kansas City MO 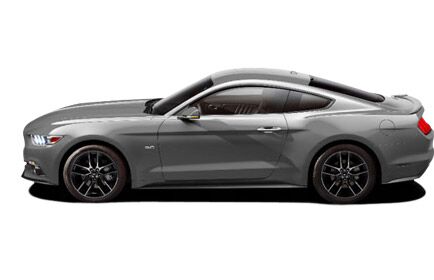 As we said, it will still be some time before we get the 2015 Ford Mustang in Kansas City, MO. Ford estimates that the redesigned Mustang will be available late this year. We would expect the official release date of the 2015 Mustang to arrive in the third quarter of the year. More information on all that the new pony car will provide will likely come before that so be sure to check back here on the Matt Ford website.

We will be keeping you informed about all the latest Mustang updates on our blog, so while you’re here on our website, be sure to check the blog out. In addition to information on all that the redesigned Ford Mustang will include, we also have extensive information about some of the other new and upcoming models in the Ford lineup. As we said, we will let you know when we will be getting the 2015 Ford Mustang in Kansas City, MO, but we have plenty of other information to keep you busy while you wait. 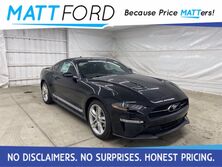