If your current vehicle lacks towing power, there is no better replacement to fill that void than the 2015 Ford Super Duty F-250 in Kansas City MO. The heavy-duty pickup is able to provide some impressive numbers in the power and towing categories, and as many of its capabilities are the best in the class, it really doesn’t get much better than the Super Duty F-250. That’s not something that we’re just saying because we have to either. Just take a look at the numbers for yourself.

Beneath the hood, the F-250 comes with two different engine options. Both of the engines displace more than six liters across eight cylinders, and while they are similarly sized, what separates one from the other is the fuel source. Depending on what you need the truck for, you can get a gas burning or a diesel sipping engine. Both are able to produce some serious outputs, but there’s no arguing that the 6.7-liter Power Stroke Turbo Diesel is the more advantageous of the two.

When firing on all cylinders, the turbocharged diesel engine is able to shell out 440 horsepower and 860 lb-ft of torque. The torque is just one of the aforementioned best-in-class capabilities that we mentioned previously. If you opt for the standard gasoline engine you’ll find that the 385 horsepower and 405 lb-ft of twist is more than adequate, especially seeing as the output is more than enough to give you a serious amount of towing power. As you would expect, the diesel engine is truly the king of towing, but the gas engine is no slacker in the department either. 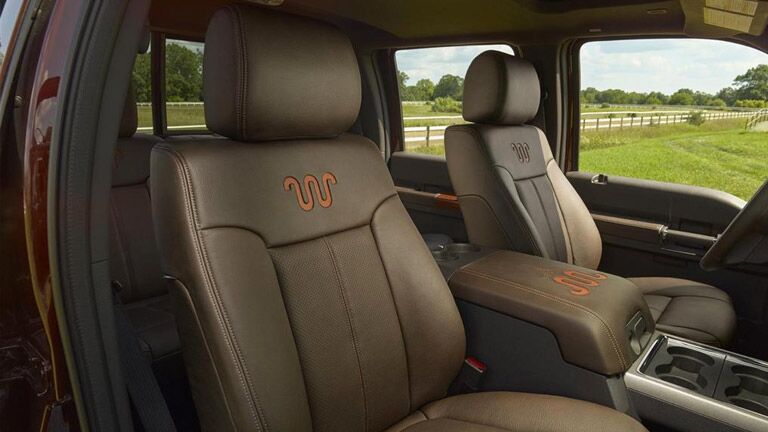 It has been said that 90 percent of heavy-duty truck buyers make the purchase for the towing capacities of the machines. If that’s the case, once again, there are no options as appealing as the 2015 Ford Super Duty F-250, which is able to tow an insane amount of weight. With nothing more than the ball hitch and the diesel engine in place, the heavy-duty Ford offering is able to take on up to 16,800 pounds. Perhaps the greatest part of that, however, is that it has the systems in place to tow it all safely.

For one, it has a trailer sway control feature that helps to keep the load under control when you’re against the wind or are traveling at higher rates of speed. Also, since towing is one of the main objectives of the Super Duty F-250, it has a towing and hauling mode that allows the pickup to communicate with the trailer behind it, making sure that everything is working properly. When something goes wrong, you know right away. On top of all of that, hill start assist and descent control, an electronic-locking rear differential and an integrated trailer brake controller help to keep you and your trailer moving down the road safely.

The benefits of the heavy-duty F-250 are truly endless. On top of power and towing ratings that are far beyond anything else on the market and the feature that allow you to tow safely, the pickup is able to achieve a best-in-class diesel efficiency rating. Seeing as the Super Duty can stretch a tank of gas further than any other heavy-duty pickup on the market, it’s clear to see exactly why it’s becoming the most sought-after workhorse in the Kansas City area.

To learn more about the 2015 Super Duty F-250 in Kansas City MO, be sure to get in touch with us here at Matt Ford by filling out the form here on this page, or by stopping by our dealership. We recently added the newest 2015 model of the heavy-duty pickup to our new car inventory, so nothing stands in your way of putting the truck through the paces for yourself. Experience what the F-250 can do for you. 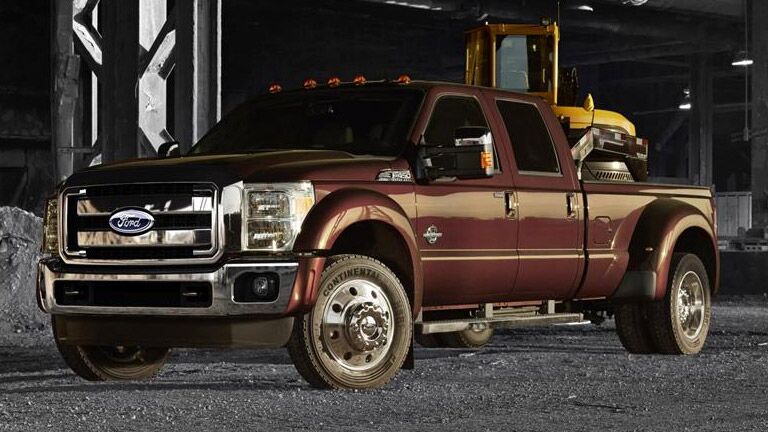