With a selection of V6 and V8 engines, the Ford F-150 offers something for all of your needs.

An NHTSA 5-Star Overall Safety Rating helps to make the F-150 one of the safest trucks on the market.

Although rugged on the outside, inside, the F-150 offers a level of comfort unlike any other truck out there.

Although outfitted with a lightweight aluminum body, the F-150 is just as strong as the steel-built models of the past.

With the reduced weight from the aluminum body, the 2016 Ford F-150 is surprisingly fuel efficient.

When it was first announced that the Ford F-150 would be getting an aluminum body for the 2015 model year, there were quite a few skeptics who voiced their opinions about the change, claiming that the aluminum body was going against the "Built Ford Tough" promise, but since its release, the truck has won a number of awards and proven its durability, silencing those critics once and for all.

This year, Ford has made a couple of tweaks to the truck, and there is no arguing that the 2016 Ford F-150 is even more impressive than its predecessor. It won't be long before we receive the upgraded new 2016 Ford F-150 in Kansas City MO, and to prepare you for its release, let's take a closer look at what you can expect when the game-changing aluminum-bodied pickup arrives later this year.

As you would expect, there haven't been any changes made to the engines of the F-150, and that is good news, as the line of powertrains help to make the pickup more impressive than ever before. Of all the engines, none have gained quite as much popularity as the 3.5-liter EcoBoost V6, which first made its way into the F-150 last year. When equipped with the six-cylinder engine, the F-150 is able to tow 12,200 pounds, which, as you may have guessed, is more than any other light-duty pickup. 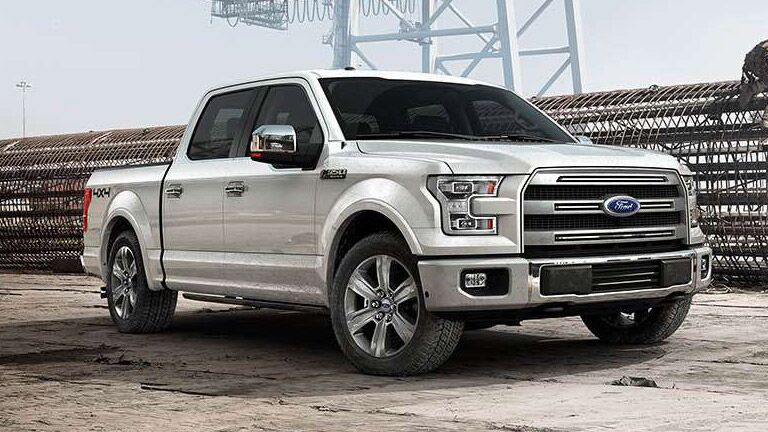 Earlier, we mentioned that there have been some changes made for the 2016 model year, and that includes the addition of a couple of innovative new features. Take the new Pro Trailer Backup Assist feature, for example. Typically, when you're backing up a trailer, you must turn the steering wheel opposite the direction that you want the trailer to go. It can be extremely confusing and make the task of backing up a trailer difficult. With the feature, you can control the trailer with a knob on the inside of the truck and the steering wheel moves automatically, making backing up easier than ever.

Not only does the Ford F-150 make things easier for you, it also makes things safer for you. The 2015 model was recently put through a range of safety tests by the NHTSA, and managed to return the highest-possible 5-Star Overall Safety Rating. Seeing as the 2016 model utilizes the same design and construction as the 2015 model, it provides you with the same award-winning level of safety.

If you are interested in learning more about the 2016 Ford F-150, or want to get yourself behind the wheel of one, you will have to wait a few more months, as the release date of the new models isn't set to arrive until later this year. We still encourage you to schedule a test drive here at Matt Ford, however, as we can then make sure that you're the first to know when the new model arrives in Kansas City. Experience for yourself exactly how the aluminum F-150 is changing the game.