With the ability to produce a great deal of power, the Mustang is extremely fun to drive.

Although it has a few options, the new balanced four-cylinder engine continue to gain a great deal of popularity.

As with every other Ford vehicle on the market, the Mustang has an unwavering dedication to safety.

The cabin of the Mustang is filled with premium materials that helping you to get in your comfort zone and stay there.

There are quite a few different features in the Mustang that help to increase performance and make it even more fun to drive.

When loaded with the four-cylinder engine, the Mustang manages to travel 28 highway miles on a single gallon.

Right before the close of 2014, Ford unleashed their redesigned Mustang, and although the all-new model hasn't even been on the market for more than a year, the automaker is already looking ahead to the future. As always, they continuously look for ways to improve their vehicles, and as the Ford Mustang is one of their most popular offerings, it's really no surprise that they are paying extra special attention to it. It's a claim backed by looking at the upcoming 2016 model of the iconic Mustang.

Here at Matt Ford, we currently have the 2015 model of the Mustang in stock, but as the updated new version of the pony car isn't expected to arrive until later this fall, it will still be a few more months before we receive our first model of the 2016 Ford Mustang in Kansas City MO. However, we do have some information about what the new model will contain to keep you busy while you wait.

We'll start with what's new. The base trims of the 2016 Ford Mustang will be essentially the same as the trims from last year's model, but if you upgrade to the GT, you will have access to a couple of new designs and features. As we told you when looking at some of the packages and upgraded features of the Mustang GT, it will be offered with some eye-catching looks such as a California Special Edition. There will also be some other appearance changes available such as a black roof option and a black accent package which includes black wheels, a black spoiler, dark taillight trim and black emblems. 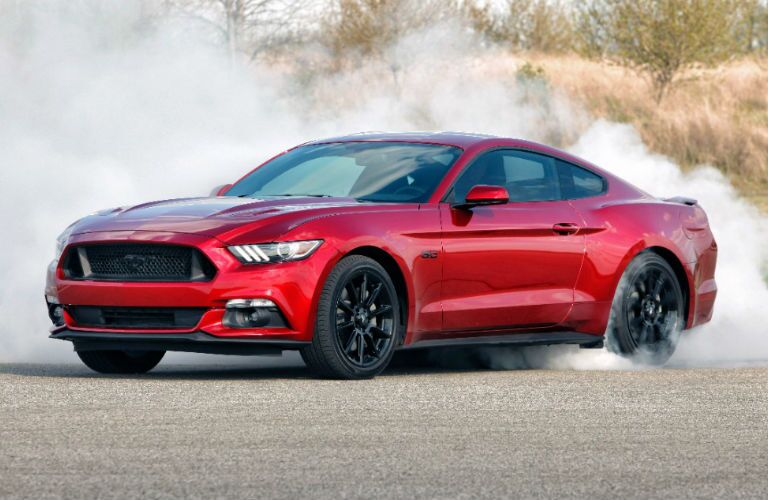 Get the Ford Mustang in Kansas City MO

Beneath the hood, the 2016 model of the Ford Mustang will be identical to the 2015 model, but that really comes as no surprise as the engine line continues to find a great deal of success. That is especially true for the 2.3-liter four-cylinder engine that is taking the market by storm. Despite the fact that the powertrain only has a quartet of cylinders, it manages to produce 310 horsepower, a rating that is just slightly above the V6 engine that comes as standard equipment in the Mustang.

When loaded with the four-cylinder engine, the Mustang is able to travel as far as 28 mpg on the highway, and when you consider just how much power it's capable of producing, it's clear to see why the turbo-four is becoming one of the most popular options. Regardless of engine, however, the 2016 Ford Mustang is expected to return the same NHTSA 5-Star Overall Safety Rating that the past model did, which means that you can rest assured that you and your passengers are always protected.

If you are interested in learning more about, or test driving the 2016 Ford Mustang when it arrives in Kansas City MO later this year, we encourage you to fill out the form that we have provided on this page. When we do receive the upgraded pony car, we'll be sure that you're among the first to know.